Beginnings of the industry

End of 19th century, start of 20th, the automobile industry really starts. The first automakers create their companies, cars becomes a real industry and quickly experience an unprecedented boost. It is now the Golden Twenties, the Taylorism arrives and cars are everywhere.

The same phenomenon occurs with the Internet, but one century later. The first communications through the network, then the first static pages. After a few years we see the web like we know it today, with databases, always more exciting features, and the birth of thousands of companies developing websites.

Security, an awareness that is slow and difficult to achieve 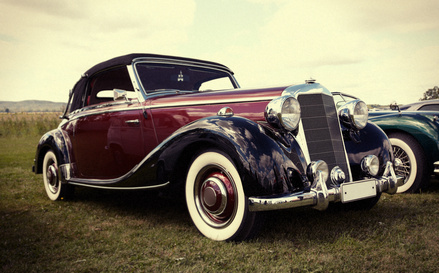 During the sixties, it’s an upheaval and violent raise of awareness: In the United States in 1965, president Lyndon B. Johnson says that 1.5 million people died in car accidents in 20 years, which is more than during the latest wars!
“Unsafe at any speed”, a famous pamphlet written by Ralph Nader will follow, denouncing the carnage and blaming it on the faulty responsibility of carmakers.

What happens today on the Internet is the exact same scenario. The excitement induced by all the potential opportunities of the Internet has far exceeded all the attention that security should attract. Hacking stories keep coming, run like the wind, and what’s worse is that what we see is only a small portion of what actually happens. It’s much more easier to hide a data breach than a car accident.

The time for serious measures is here

For the cars industry, security measures started with the seat belt, various technological developments and changes in the vehicles architecture, but also with changes on road networks. Carmakers must now comply with safety constraints, perform crash tests and get an approval before being able to put a new car on the market.

With what happens today on web sites and web applications, it’s very likely that website publishers and developers will be forced to follow similar measures. Of course we are not dealing with dead or injured people on the Internet, but data breaches and consequences of the diverse malicious acts, made possible by the lack of vigilance and the unconsciousness of many companies are very, very problematic. Bank data, medical records, personal data… It’s so easy and profitable to exploit such data that cyber-crime has become a real full-time business.

So the question is: Will companies developing web applications take action quickly enough and secure their websites before the State interferes? Probably not.

Cybersecurity: What Risks if your Website is Based on a CMS?