Let’s start with a simple definition: on the one hand Pentest (abbreviation of penetration test) is a way for a company to challenge the security of its digital platform with security testing performed by a company specialized in cyber security. On the other hand, Bug bounties platforms (that first appeared in the United States and are now spreading to Europe) allow independent hackers to perform security testing on web platforms. Now the big questions are : what are the main differences between pentests and bug bounties, and how to decide which one is for you?

What are the differences?

When you decide to conduct a pentest, you definitely chose a structured approach: a security audit based on a strong methodology, which goal is to find all potential vulnerabilities that can be found on the platform that is tested. This audit has a beginning and an ending, the schedule is set up according to the client’s needs. Then the audit can be renewed on a regular basis.
Moreover, the client has one contact person, with whom he can discuss about the flaws that are found, about the actions that should be taken to fix them and about the specific risks threatening their industry.

Exposing a web application on a bug bounty platform means allowing bug hunters to be rewarded for their exploits. This opens the process to potentially many people. These people will go on a hunt whenever they want or have time for it. When they find someting they will notify the client through the bug bounty platform. 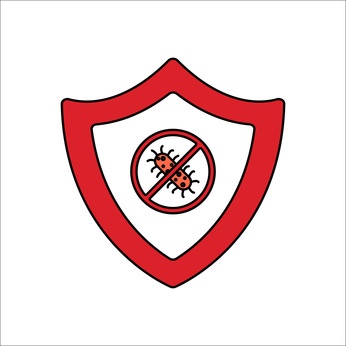 To run a pentest you first sign a contract with a cybersecurity company. Then the service provider has legal obligations and is responsible for the work of its teams. This includes confidentiality as well as responsibility in case of an incident and quality of the security testing. Like any service provider in any industry, the cybersecurity company’s reputation and its very existence is at stake.
Furthermore, the client knows when the pentest is being conducted, what IPs are used by the security testing team, which phase of the audit is currently running… The client can also ask for specific restrictions, or on the contrary for a special focus on certain parts of the application. it is reassuring to have a direct communication with the team in charge of the pentest.
If a company is looking for a tailored service, adapted to its business context, a pentest is the right option.

The main advantage is that bug bounties allow continuous security testing by a (potentially) vast number of people. Bug bounty programs are crowdsourcing adapted to the security industry.
For a company that is confident about its security level and resistance against hackers, it can be an interesting challenge to expose its website on a bug bounty platform in order to have additional security feedbacks.

Choosing according to its needs and level risks

Performing a pentest is a must in several cases:

Bug bounties are complementary in the following cases:

In both cases, bug bounties result in decriminalising the search of security flaws on a web platform without replacing pentests that should be conducted from time to time (from once a month to once a year depending on the company’s risk level).

So would you go for pentest or bug bounty? Choose according to your needs!